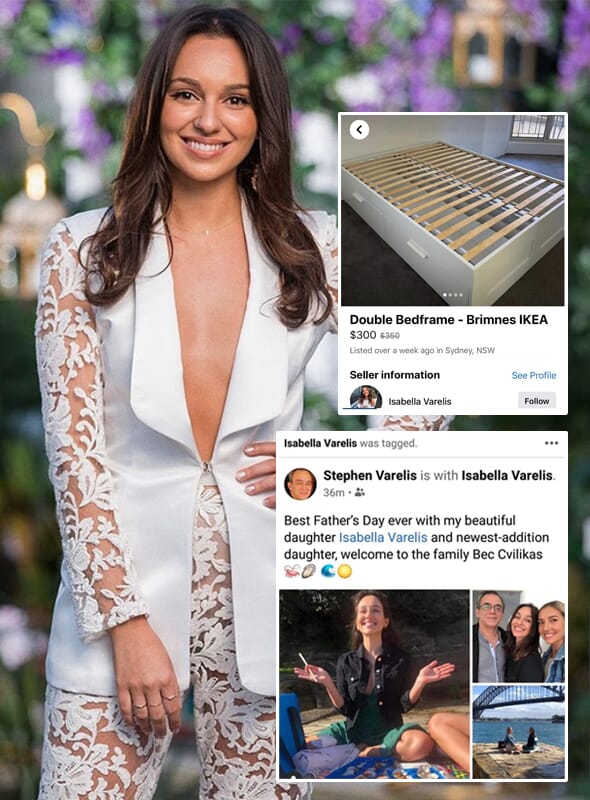 Warning: This article contains some legit spoilers about The Bachelor

It’s official: Bella Varelis does not win The Bachelor.

Well, it’s not actually official, but that’s what two very Facebook posts from Bella and her dad Stephen have led us to believe this week.

When it comes to The Bachelor, the winner always follows a couple of simple rules: don’t go out socialising with other contestants, and keep your life on pause until the show is over and you can go then public with your new man.

Bella has done none of these things.

The Wash can reveal she has recently moved home, and it isn’t over to Perth to be with Locky, it’s from one side of Sydney to the other.

We spotted her selling furniture on Facebook Market place on Monday amid the move.

Meanwhile, Bella’s father Stephen shared a post to Facebook on Sunday revealing that intruder Bec Cvilikas is the ‘newest addition’ to the Varelis family, as she celebrated Father’s Day with them.

‘Welcome to the family, Bec,’ Stephen wrote, as first spotted by So Dramatic.

This suggests intruder Bec does not win The Bachelor either, and the two finalists have formed a friendship after both leaving it single.

If one of them had won, they would not be publicly socialising like this and would be staying off social media, apart from promoting the show.

Which, of course, makes it seem even more likely that Irena Srbinovska wins the show. But, as we pointed out in another article (click here) on Saturday, it seems Irena and Locky have since split.

What do you think? Let us know at @TheWashOnline on Instagram 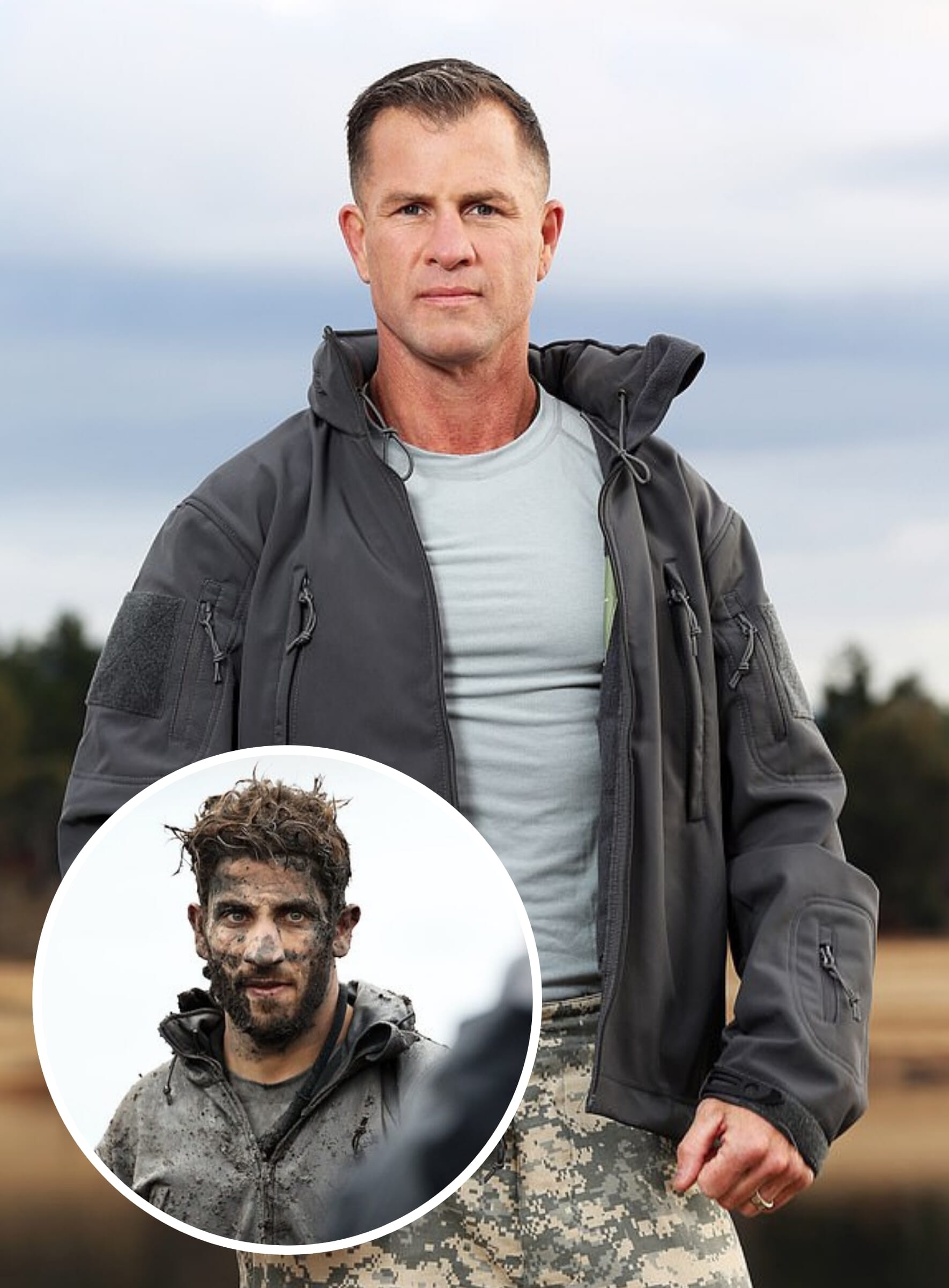 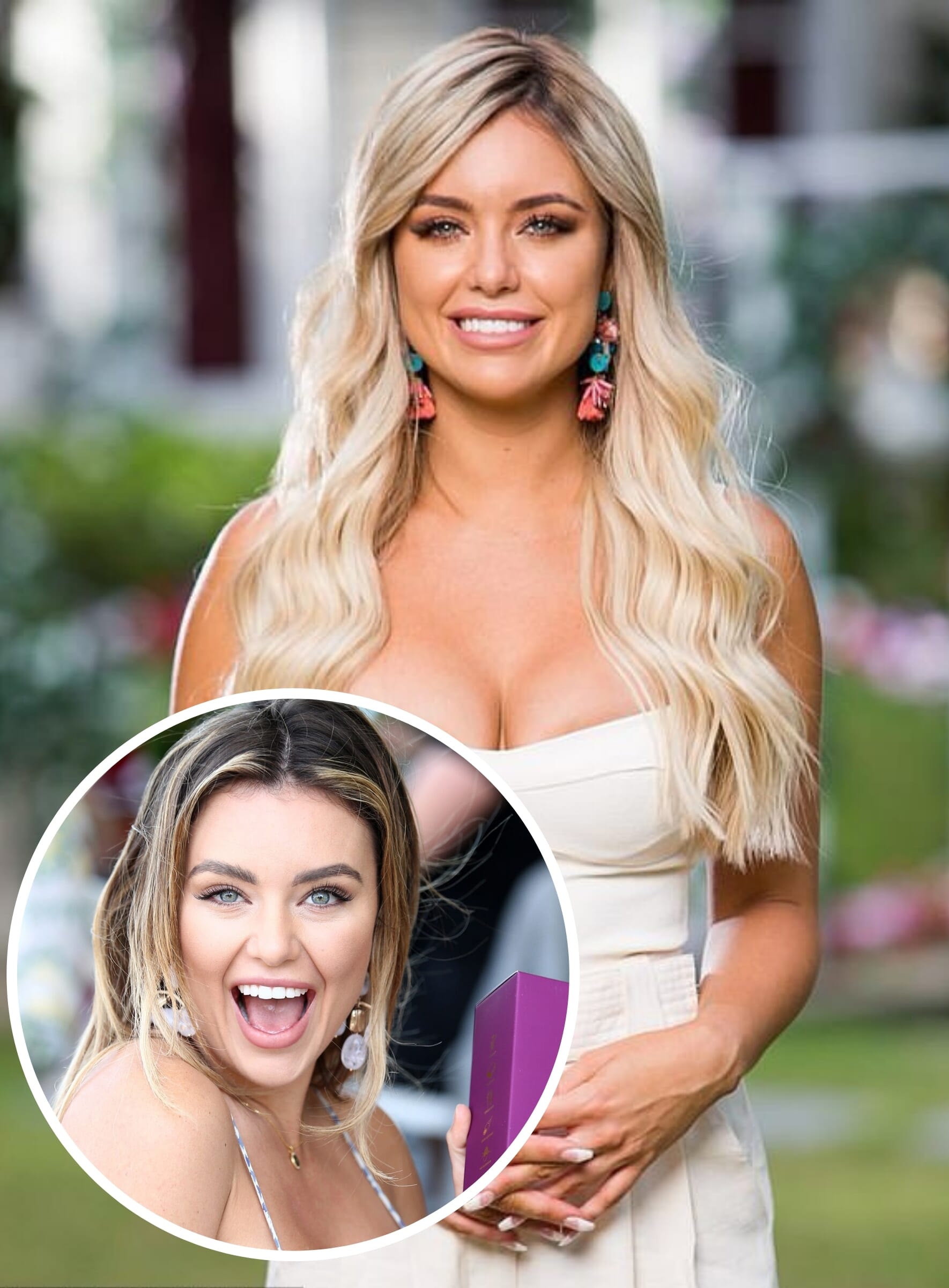